This update was tested in the 1-month benchmark simulation v9-02a and approved on 16 Oct 2012. 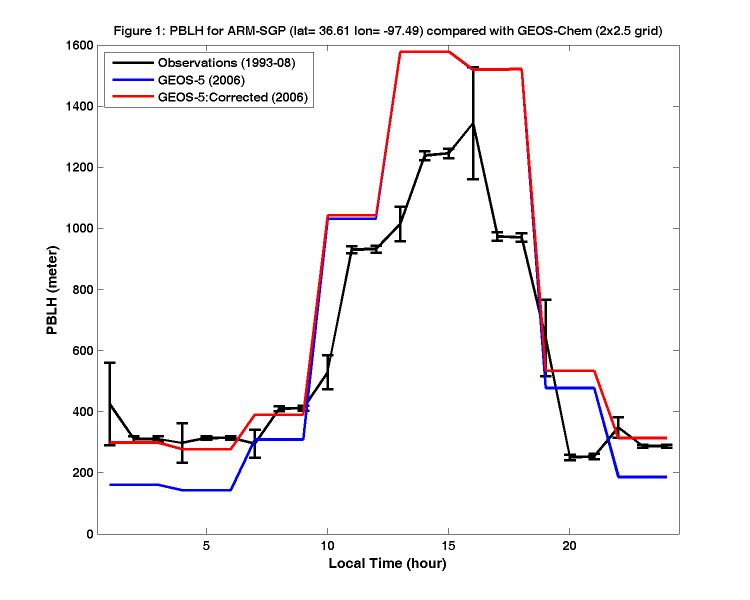 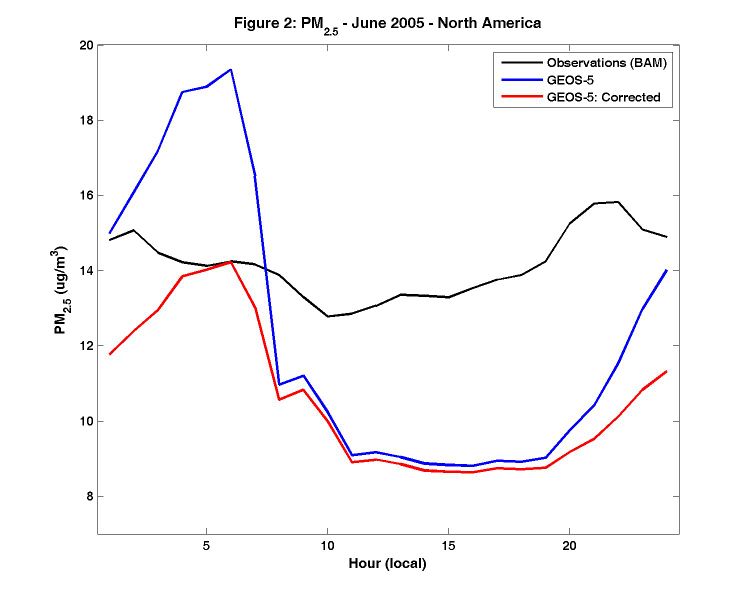 The figure below shows the comparison of Transcom-based PBLH (red line) with default GEOS-5.2 (blue line) and ARM-SGP in situ data (black line). This scheme fixes the bias in GEOS-5.2 nocturnal PBLH.